Distributions by the trustee

In addition, a trustee of a discretionary trust may also make a distribution of 20% or more of trust income and/or capital to a particular beneficiary in the year that the trust has made a capital gain so that beneficiary is regarded as a significant individual for the purposes of the discretionary trust claiming the 15 years exemption or the retirement exemption under the Capital Gains Tax (CGT) small business concessions.

However, the three major restrictions imposed under the income tax law on the making of such distributions comprise the following:

1. The proportionate approach which places limits on the capacity of the trustee to engage in income splitting amongst the beneficiaries.

2 The limits placed on the definition of the income of the trust estate under Draft Taxation Ruling TR 2012/D1 which provides that trust income cannot include ‘notional amounts’ that are only recognized for income tax purposes.

Determining the amount of the income of the trust estate for the year is vital to the process of establishing the proportionate share of net income upon which presently entitled beneficiaries will be assessed. Whilst acknowledging that the income of the trust estate will be based on the definition of that term contained in the trust deed, the Commissioner of Taxation has also taken the view in Draft Taxation Ruling TR 2012/D1 that ‘notional income amounts’ which are only recognised for income tax purposes cannot constitute income of the trust estate for trust law purposes. In reaching this view, the ATO contend that there is a statutory limitation on the meaning of income of the trust estate imposed under Division 6 of the ITAA (1936) in that income of the trust must represent a net accretion (i.e. increase) to the income derived by the trust during a particular year which is distributable to beneficiaries. This will be the case irrespective of how the particular trust deed otherwise defines income of the trust estate. As such, this approach essentially places a cap on the amounts of income which can otherwise be included in trust income to which beneficiaries may be made presently entitled. The rationale for the above view is that notional amounts of income which arise in the calculation of the trust’s net income for a particular year cannot represent a net accretion (i.e. increase) to trust income as they are ‘tax-only’ amounts which do not represent any tangible net increase in the value of trust property for that year. Hence, if the trust deed includes an income equalisation clause which defines trust income as being the net income of the trust for a particular year the ATO view is that such trust income must exclude notional tax-only amounts. Such notional income amounts will include, amongst others, franking credits, deemed dividends arising under Division 7A of the ITAA (1936) and a capital gain arising because the operation of the market value substitution rule where no capital proceeds are received on the disposal of an asset.

In particular, the lodgment of a family trust election will:

• Simplify the rules that must be met by a trustee of a discretionary trust in recouping trust losses;

• Enable a subsidiary company of such a trust to trace its beneficial ownership for the purposes of satisfying the continuity of ownership test in recouping its tax losses; and

• Retain a beneficiary’s entitlement to use franking credits on franked dividends distributed by the trustee of the discretionary trust where the 45 days holding period rule cannot otherwise be satisfied.

Where such an election has been made a test individual will have been nominated which will establish the members of the family group as the identity of all eligible family members will be determined by reference to that primary individual. However, where a distribution is made to a particular beneficiary who is outside the test individual’s family group such a distribution will be subject to family trust distribution tax which is levied at the highest effective marginal tax rate being currently 47%.

This article is for informational purposes only and does not form part of our advice. Please contact our team if you need any assistance. 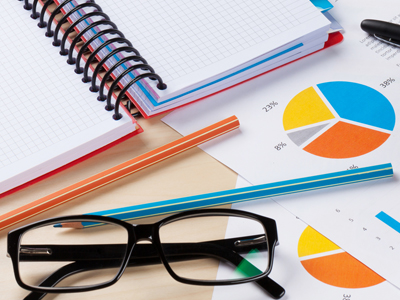